We are Blake Broadcasting

CBNN, A part of Blake Broadcasting is now seen on Satellite, Cable and Digital in 400+ million homes in Europe, Asia, North America and Africa.

Blake Broadcasting is proud to announce that it has chosen Frankly Media to build out an extensive OTT channel and presence across numerous non-linear platforms for the CBNN Network.

Blake Broadcasting teams up with Torque Esports and UMG for Overwatch, Rocket League and College Esports as well as 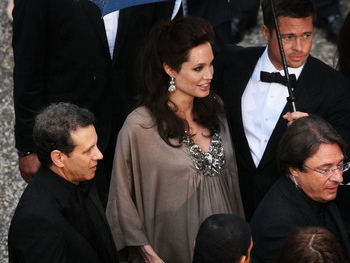 Was a major shareholder of Savings and Loan in San Diego

Was a partner with William Simon (former Treasury Secretary) in U.S. Petroleum.

Founded 18 different daily news feeds in numerous languages (with over 1500 breaking video news stories a month) that are delivered by hundreds of news organizations around the world.

Founded Oak Park Capital, A Family Office Private Equity and Hedge Fund company that has invested in over 20 entities.

ADDITIONAL PROJECTS: Bob Blake Film/Photo Experience Between 1985 and 1990: Mr. Blake traveled the globe taking professional photographs. In 1990 he developed and was published in over 150 calendars with Scandecor, Landmark Calendars and Rhino Publications. He became CEO of Panda Pictures, which invested in film companies and projects. Mr. Blake was the only person to photograph the worlds oldest living Panda in the cage with him. With Cyberphoto he built one of the first and largest photo digital libraries and was one of the very first on the Internet. Between 1996-1998 Robert Blake photos were commonplace on the Internet and by the year 2000 he was recognized as the most individually downloaded photographer on the Internet. He briefly ran Cannon Pictures and attempted to acquire it with investor partners. He was named Chairman of Photobid with over a million images and films. He has written several songs and photos have been in numerous magazines posters and album covers and currently working on two books and a script. Bob Blake has managed the filming and development of over 5,000 entertainment and related news stories.. he  has worked and is working on several broadcast television projects as an Executive Producer. He is a dedicated husband and father of four children.